EnviroLeach: The future for e-waste recycling is local 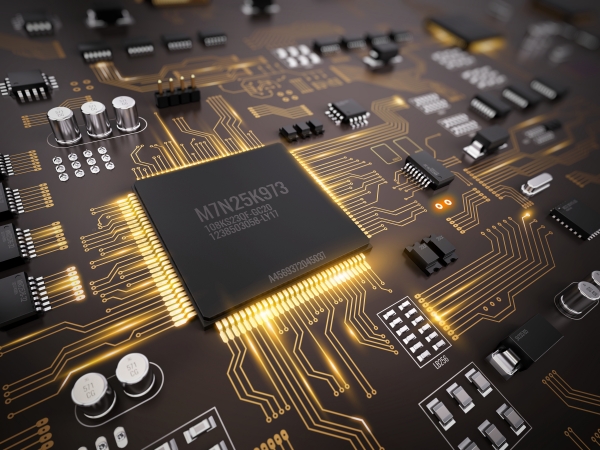 Waste export no longer fits our times and yet it is practiced on a global scale. Electronic waste is one of the world’s fastest growing waste streams. The United Nations estimates the amount of electronic waste generated annually to be over 72 million tons. Regulations are being enacted to ensure e-waste is recycled and disposed of in an environmentally friendly manner rather than being shipped to landfills. There is a lot of value in e-waste, recycling is not only good for the environment, but an alternative source of both precious and base metals. 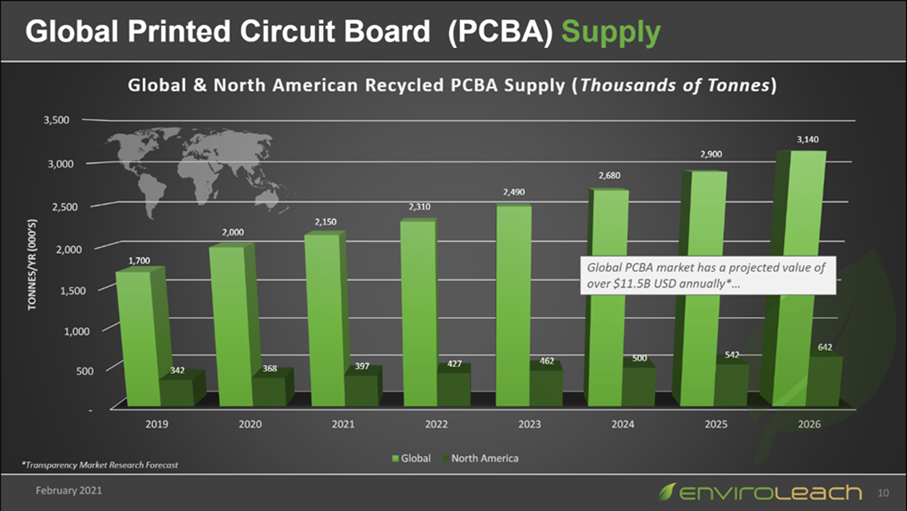 Figure 1: There is no shortage of supply for recycling printed circuit board assemblies. According to a detailed study by Transparency Market Research Group, the global supply of end-of-life PCBA’s is expected to reach 3.14 million tons by 2026, with 640,000 tons produced in North America alone.

The most valuable part of e-waste stream is printed circuit board assemblies (PCBA's). Typically, these PCBA's are exported, shredded or whole, for processing in smelters located in Asia. Now, a Canadian cleantech start up, EnviroLeach Technologies Inc. (CSE: ETI; FRA: 7N2), has developed an efficient, patent-protected process to efficiently and locally manage the recycling of valuable PCBA’s. The Company’s first pilot plant in Vancouver is already up and running and commercial plants are planned for strategically chosen locations in North America. EnviroLeach’s process and technology could be the start of an e-waste revolution and a model for Europe.

EnviroLeach offers a cost-effective alternative to smelting furnaces for processing e-waste and reduces or eliminates the need for smelters and shipping waste long distances. The central principal behind the EnviroLeach process of recycling e-waste where it is generated benefits smelters and recyclers while drastically reducing transport volumes. To understand how this works it is important to know that about 70% of e-waste consists of non-metallic components mostly plastics and resins. By removing the majority of the non-metallic material from the PCBA’s using the EnviroLeach process the amount of material shipped long distances and subject to smelting in large furnaces is reduced by up to 65% with an equivalent or greater reduction in carbon emissions.

EnviroLeach processes PCBA’s separating them into a metal rich concentrate and fiber rich material using conventional processing technology. Then, using its patented recovery technologies, EnviroLeach is the first company in the world able to successfully treat the non-metallic fiber rich material to economically recover any residual gold bound in the plastic and resin fiber using a hydrometallurgical process. This novel gold recovery process is based on inorganic chemistry, completely non-toxic, fully recyclable and produces no wastewater or harmful air emissions. The process’s excellent environmental compatibility has been confirmed by extensive pilot stage testing.

During initial processing, up to 50% of the gold contained in a PCBA ends up in the fiber rich material. EnviroLeach recovers this gold and has it refined into 99.999% pure gold using local refiners. After the gold is removed, the remaining fiber material can be used as an additive in the production of cement or asphalt or in other industrial uses that keep the plastic component out of landfills and incinerators.

By removing the fiber from the PCBA’s the remaining material is upgraded to a high value copper, gold, palladium and silver-rich concentrate. This metal rich concentrate contains up to 90% of the initial metal value contained in the PCBA’s, but only about 35% of the initial PCBA’s mass. This mass reduction is critical to delivering a high value and metal rich material that is preferred by smelters. By shipping less of the initial PCBA’s mass to smelters EnviroLeach benefits from lower shipping and smelting costs and higher payout rates, and smelters benefit by making more efficient use of their limited capacity and reducing greenhouse gas emissions associated with smelting non-metallic material. Recyclers that sell PCBA’s to EnviroLeach benefit from EnviroLeach’s ability to accept smaller shipment sizes when compared to smelters, lower shipping costs and shorter payment terms.

First PCBA production plant is up and running

EnviroLeach's facility includes a state-of-the-art grinding and separation circuit and a leach circuit that uses patented and environmentally friendly inorganic solvents which can be regenerated and recycled. Commercial scale testing and cost analysis was completed in the first half of 2020 after full certification of the facility.

The global pandemic severely impacted the e-waste supply chain and delayed the start of regular operations until the last week of February 2021. The plant has been steadily ramping up production and during Q1 2021, EnviroLeach processed 57.4 tonnes of PCBA’s and produced 13.6 tonnes of high-grade copper/gold concentrates. An additional 157 tonnes of PCBA’s have been secured for processing in April and May.

Although March production figures are below plant processing capacity and forecast volumes, management is confident recent supply chain arrangements in Canada, the U.S and internationally will lead to higher production numbers in the coming months. While the installed processing equipment at the Vancouver pilot facility has demonstrated a throughput rate of one tonne per hour the facility has a projected production capacity of between 150 to 200 tonnes per month based on the facility’s physical size and limited storage. Company management expects to realize maximum operational capacity in the fourth quarter of 2021 and then commence construction of a full-scale commercial facility in 2022. Even so, the company expects to reach breakeven operationally in Q4 2021.

As exciting as EnviroLeach’s e-waste process is, further technology and production improvements are underway at the Vancouver PCBA plant. Among other things, EnviroLeach is developing additional hydrometallurgical recovery processes for tin, copper and platinum group metals that offer the potential for significantly higher operating margins. 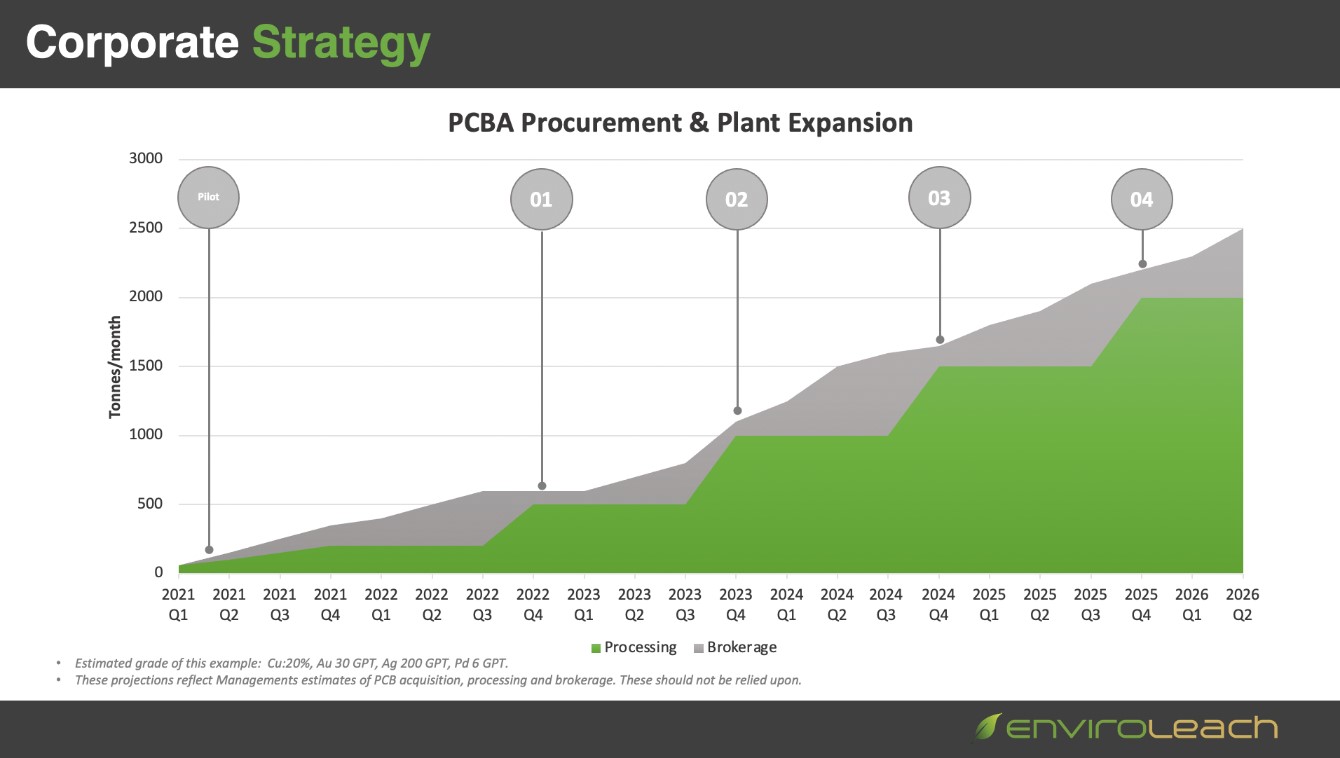 Figure 2: Projected production capacity expansion with 4 plants by the end of 2025. Each full plant is projected to have a capacity of 6,000 tons per year. This represents just 4 percent of the forecast American supply and under one percent of the global supply. The cost per plant is estimated at approximately CAD 10 million. Revenue per plant could be CAD 30 million.

The time for responsible gold mining is now

Although EnviroLeach focused primarily on building its e-waste business between 2018 and 2020, it has recently made investments in its gold recovery process. The Company is targeting gold miners who plan to produce doré at their mine site to save the shipping and third-party treatment costs associated with treating gravity and flotation concentrates offsite and miners wishing to avoid the difficult and expensive permitting process associated with the use of cyanide. Miners are under increasing scrutiny to reduce environmental impacts and risks. By offering a gold recovery solution that improves a mine’s operating margins and reduces its environmental impact EnviroLeach believes its technology is a compelling alternative to cyanide and other processing alternatives. EnviroLeach is currently designing a pilot facility which will be used to demonstrate the Company’s process and technology to potential clients and other interested parties. EnviroLeach is perfectly located in British Columbia in order to address a Canadian mining sector that operates under strict and demanding environmental regulations. 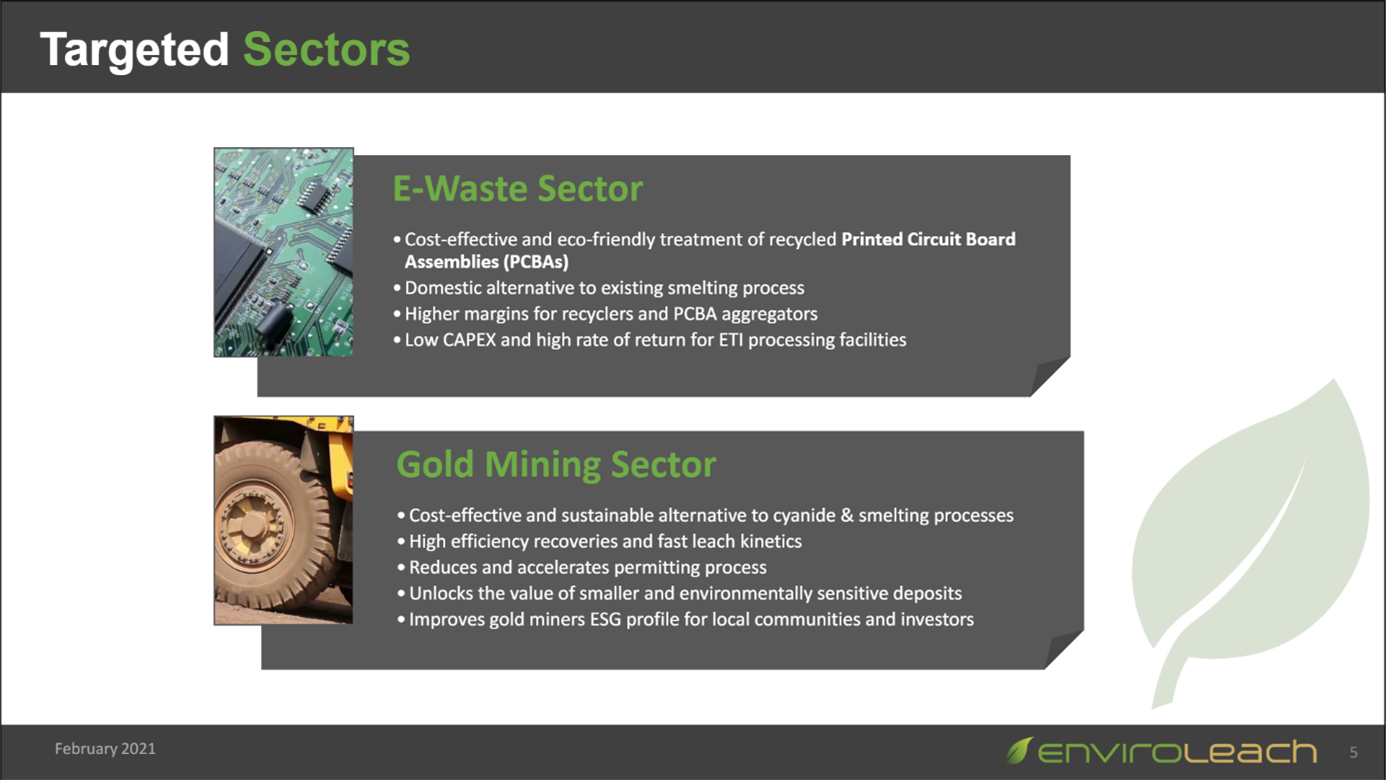 Figure 3: The e-waste sector is only one of the EnviroLeach's markets. The Company’s technology offers an attractive alternative to the use of cyanide and other techniques for the recovery of gold in the mining industry.

Vision for the future: primary extraction of gold could be without mining

The application of EnviroLeach's technology goes even further than recycling and conventional gold mining. The patented chemistry could even change the way the world extracts gold. Under a private partnership called Group 11 Technologies, EnviroLeach is currently testing the potential for the in-situ leaching of gold. This process involves dissolving gold while it is still in the ground without moving any earth, similar to what is already done at about half of the uranium projects in the U.S. today. The method could dramatically reduce the impact of global mining: blasting, transporting ore and waste rock, milling and, most importantly, the use of cyanide could be eliminated in many operations. The process has the potential to unlock the value of countless gold deposits that due to their smaller size or location do not justify the capital expenditures necessary to develop them using conventional methods. Group 11’s experts, which include the inventors of in situ uranium leaching, are currently launching their first field trial under real-world conditions. As an interim result, they plan to present a comprehensive cost-benefit analysis.

Group 11 was formed by enCore Energy Corp. (TSXV: EU; OTCQB: ENCUF) and EnviroLeach who each initially own 40%. The third founding partner, with 20% ownership, is Golden Predator Mining Corp. (TSXV: GPY; OTCQB: NTGSF). enCore will provide expertise for in-situ extraction; EnviroLeach has contributed a license to use the environmentally friendly chemistry and recovery process and will provide chemical and metallurgical expertise; Golden Predator will provide mobile equipment for processing.

For a fascinating look at the latest development in in-situ leaching, watch the webinar on the topic: registration (gotowebinar.com)

Summary: EnviroLeach is enabling breakthrough innovation in e-waste recycling through its patented gold recovery process and technology. Instead of exporting millions of tons of unseparated waste streams around the world for incineration, EnviroLeach offers an economical alternative that finally allows the recovery of valuable metals where the waste is generated. The future of e-waste recycling must become local. Once EnviroLeach's process becomes established as best practice, it is hard to imagine authorities continuing to allow e-waste to be exported as it is now. Currently, two legislative initiatives in the U.S. Congress point in precisely this direction, and similar regulations are proposed in the UK and Canada. By 2025, EnviroLeach has set a strategy to build four plants in North America with a capacity of 6,000 tons each. That would be enough capacity to process just 4 percent of the e-waste generated in the US. That still leaves a lot of room to capture additional market share. The EnviroLeach business model comes at the right time and is tailor-made for ESG funds looking for meaningful investment opportunities.