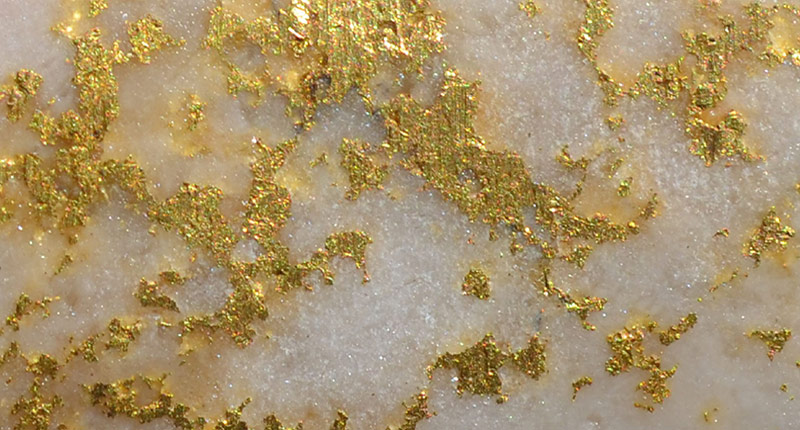 0 von 5 - 0 Bewertungen
Vielen Dank für die Bewertung dieses Beitrags. A.I.S. Resources Limited (TSX: AIS, FRA: 5YHA) is systematically working towards a potentially significant discovery at its Fosterville-Toolleen gold project. The project, located in the state of Victoria, Australia, is only about 12 kilometers as the crow flies from Kirkland Lake's famous Fosterville Mine, considered one of the highest-grade mines anywhere in the world. Geologists have reportedly found extremely high traces of the pathfinder elements arsenic and antimony. These same pathfinder elements had led neighbor Kirkland to several discoveries. At the time, geologist Denis Walch was the Senior Contract Exploration Geologist for Kirkland. That same Denis Walch now works for AIS Resources.

The AIS Fosterville hypothesis is now further supported by a new geophysical survey prepared by Nordic Geoscience. The red circles in Figure 1 below show the main drill targets on dashed lines R1 and R2, which are second-order faults. Second and third order faults are key mineralization locations where gold could be found. A series of filters and normalizations were applied to the data that filtered out signal noise and revealed at least three important structures to be drilled. The latest techniques such as NGS (Next Gen Sequencing) Enhanced Ground Gravity Processing, Gravity Grid Enhancements and Gravity Multi-Scale Edge Detection were used to refine the locations of mineralization.

Figure 1 - R1 and R2 were interpreted as second order faults to the Mt Pleasant Creek fault along the large Mt William fault. The alluvial gold in the Creek may have originated near the fault zone. The red circles show the main drill targets.

AIS has arranged for an additional gravity survey to test the southern area of the property and improve the accuracy of the interpretation. Recommended soil sampling is already underway. Ultra-fine clay analysis using ICP, as developed by Australia's leading scientific institution CSIRO, will be used to enable more accurate location of mineralization.

Figure 2 - Map of the concession area showing the Mt. William fault, the Heathcote fault and the Mt. Pleasant Creek fault (dashed black line). The Fosterville property of Kirkland Lake (Agnico Eagle) is outlined in red on the left. The blue area is Permian (Pbx) and the water blue area is Ordovician (Ocl) where gold mineralization was found.

AIS meanwhile owns 100% of the 28 km² Fosterville-Toolleen gold project, located 12 km from Kirkland Lakes Fosterville Gold Mine. AIS' second project is a 60% interest in the 58 km² Yalgogrin gold project in New South Wales, with the right to acquire 100%, and a 100% interest in the 167 km² Kingston gold project in Victoria, Australia, near Stawell and Navarre. The company also has joint venture interests with Spey Resources Corp. in lithium brine deposits in Argentina in the Incahuasi and Pocitos salars.

Bottom line: Few investors have AIS Resources on their radar yet, because the work at Fosterville-Toolleen is highly technical in nature. However, it is indispensable preliminary work for the planned drill holes. At the latest, when these are announced, speculators are likely to jump in, because the discovery of a second Fosterville beckons as a possible reward. This is a classic case of "high risk - high reward". If AIS succeeds in confirming the Fosterville hypothesis, the world will want to get on board. First of all, drilling has to be done, and then the drill cores have to be analyzed. This will certainly take until next year. However, the courageous can already take an initial position.

According to §34b WpHG and according to paragraph 48f paragraph 5 BörseG (Austria) we would like to point out that principals, partners, authors and employees of GOLDINVEST Consulting GmbH hold or may hold shares of AIS Resources and therefore a possible conflict of interest exists. We also cannot exclude that other stock letters, media or research firms discuss the stocks we recommend during the same period. Therefore, symmetrical information and opinion generation may occur during this period. Furthermore, there is a consulting or other service contract between a third party that is in the camp of AIS Resources and GOLDINVEST Consulting GmbH, which means that there is a conflict of interest, especially since this third party remunerates GOLDINVEST Consulting GmbH for reporting on AIS Resources. This third party may also hold, sell or buy shares of the issuer and would thus benefit from an increase in the price of the shares of AIS Resources. This is another clear conflict of interest.

The uncertain certainty of bitcoin by Midas Touch ConsultingFrom a market perspective, we live in times of high risk. Markets typically reflect the world, and i... 214 views Mon, 15 Nov 2021, 11:09:47