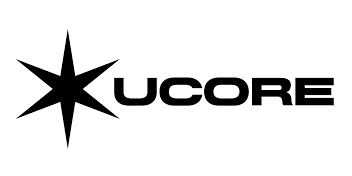 "Our dependence on one country, the People's Republic of China (China), for multiple critical minerals is particularly concerning. The United States now imports 80 percent of its rare earth elements directly from China, with portions of the remainder indirectly sourced from China through other countries. In the 1980s, the United States produced more of these elements than any other country in the world, but China used aggressive economic practices to strategically flood the global market for rare earth elements and displace its competitors. Since gaining this advantage, China has exploited its position in the rare earth elements market by coercing industries that rely on these elements to locate their facilities, intellectual property, and technology in China. For instance, multiple companies were forced to add factory capacity in China after it suspended exports of processed rare earth elements to Japan in 2010, threatening that country's industrial and defense sectors and disrupting rare earth elements prices worldwide."

"I am extremely pleased that the U.S. Federal Government is making explicit efforts to create a secure, long-term U.S. supply chain for critical minerals," commented Pat Ryan, Ucore's Chairman and interim Chief Executive Officer. "For too long the United States has failed to address the risky trade-off between supply dependency and lower costs. Ucore and IMC applaud the Executive Order as it demonstrates the U.S. government's appreciation and understanding of this time-sensitive imperative."

Ucore Vice President and Chief Operating Officer, Michael Schrider, P.E. stated, "This Executive Order potentially creates a path for increased production of REEs in the U.S. and an end to U.S. military reliance on Chinese supply chains. A strong America cannot be dependent on imports from foreign adversaries for the critical minerals that are essential to maintaining economic and military strength in the 21st Century. Ucore believes that this Executive Order could potentially support the mine development of Bokan Mountain, in addition to our ongoing RapidSX REE technology development work for the commercial-scale separation of both heavy REEs ("HREEs") and light REEs ("LREEs") on U.S. soil."

About Ucore Rare Metals Inc.
Ucore is focused on rare and critical metals resources, extraction and beneficiation technologies with potential for production, growth, and scalability. The Company has a 100% ownership stake in the Bokan-Dotson Ridge Rare Earth Project. Ucore's vision and plan is to transition to become a leading advanced technology company that provides mineral separation products and services to the mining and mineral extraction industry. This vision includes the development of the Alaska SMC in Southeast Alaska and the development of the Company's rare earth minerals property located at Bokan Mountain in Alaska.

Ucore is listed on the TSX Venture Exchange under the trading symbol "UCU" and in the United States on the OTC Markets' OTCQX® Best Market under the ticker symbol "UURAF". For further information, please visit www.ucore.com.

About Innovation Metals Corp.
IMC has developed the proprietary RapidSX™ process, for the low-cost separation and purification of REEs, Ni, Co, Li and other technology metals, via an accelerated form of solvent extraction. IMC is commercializing this approach for a number of metals, to help enable mining and metal-recycling companies to compete in today's global marketplace. IMC is a wholly owned subsidiary of Ucore Rare Metals Inc.

About the RapidSX™ Technology
IMC developed the RapidSX separation technology with the assistance of US$1.8 million in funding from the United States Department of Defense ("US DoD"), resulting in the production of commercial-grade, separated REOs at the pilot scale. RapidSX combines the time-proven chemistry of conventional solvent extraction ("SX") with a new column-based platform, which significantly reduces time to completion and plant footprint, as well as potentially lowering capital and operating costs. SX is the international REE industry's standard commercial separation technology and is currently used by 100% of all REE producers worldwide for bulk commercial separation of both HREEs and LREEs. Utilizing the same chemistry as conventional SX, RapidSX is not a "new" technology, but represents a significant improvement on the well-established, well-understood, proven conventional SX separation technology preferred by REE producers.

Forward-Looking Statements
This press release includes certain statements that may be deemed "forward-looking statements". All statements in this release (other than statements of historical facts) that address future business development, technological development and/or acquisition activities (including any related required financings), timelines, litigation outcomes, events, or developments that the Company expects, are forward-looking statements. Although the Company believes the expectations expressed in such forward-looking statements are based on reasonable assumptions, such statements are not guarantees of future performance or results and actual results or developments may differ materially from those in forward-looking statements. In regard to the disclosure in the "About Ucore Rare Metals Inc." section above, the Company has assumed that it will be able to procure or retain additional partners and/or suppliers, in addition to IMC, as suppliers for Ucore's expected future Alaska Strategic Metals Complex ("Alaska SMC"). Ucore has also assumed that sufficient external funding will be found to prepare a new National Instrument 43-101 ("NI 43-101") technical report that demonstrates that the Bokan Mountain Rare Earth Elements project ("Bokan") is feasible and economically viable for the production of both REE and co-product mineral materials and metals and the then prevailing market prices based upon assumed customer off-take agreements. Ucore has also assumed that sufficient external funding will be secured to develop the specific engineering plans for the Alaska SMC and its construction. Factors that could cause actual results to differ materially from those in forward-looking statements include, without limitation: IMC failing to protect its intellectual property rights in RapidSX™; RapidSX failing to demonstrate commercial viability in large commercial-scale applications; Ucore not being able to procure additional key partners or suppliers for the Alaska SMC; Ucore not being able to raise sufficient funds to fund the specific design and construction of the Alaska SMC and/or the continued development of RapidSX; adverse capital-market conditions; unexpected due-diligence findings; unexpected or adverse outcomes in the currently outstanding litigation matters between Ucore and IBC Advanced Technologies, Inc.; the emergence of alternative superior metallurgy and metal-separation technologies; the inability of Ucore and/or IMC to retain its key staff members; a change in the legislation in Alaska and/or in the support expressed by the Alaska Industrial Development and Export Authority ("AIDEA") regarding the development of Bokan and/or the Alaska SMC; the availability and procurement of any required interim and/or long-term financing that may be required; and general economic, market or business conditions.

Neither the TSX Venture Exchange ("TSXV") nor its Regulation Services Provider (as that term is defined by the TSXV) accepts responsibility for the adequacy or accuracy of this release.