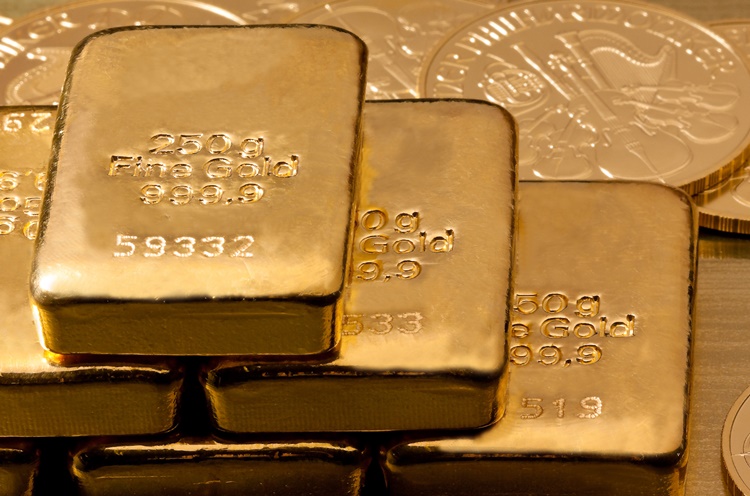 The name Yalgogrin is derived from the local Aboriginal word for "dead boxwood tree". Today, Yalgogrin is farmland about a seven-hour drive from Melbourne. There, Canadian A.I.S. Resources Limited (TSXV: AIS; FRA: A8S) is launching its first Australian drilling programme, hoping to confirm and expand on the remarkable results of earlier exploration.

The 1,000 metre programme would hardly be worth mentioning were it not for certain people and names associated with it. AIS Resources has acquired its 60 percent share in the project (with the right to a 100 percent earn-in) from none other than geologist Denis M. Walsh. Walsh is well known in professional circles, because he was the former senior geologist at Kirkland Lake and was instrumental in the expansion exploration of the Fosterville gold mine, which is currently considered one of the highest-yielding gold mines in the world at 31.5gm/tonne. Walsh has known and explored Yalgogrin for 20 years and until recently financed the project out of his own pocket, more than A$500,000.

Most of the historical data and the 24 historical drillholes and 127 augur pits are due to his work. The extent to which Walsh is still convinced of the quality of the Yalgogrin project can be seen from the fact that he took payment in the form of AIS shares and cash when he sold his part share in the project. AIS has the right to acquire the remaining 40% of the project against payment of another A$600,000 in shares. He would then receive a further 7.5 million AIS shares at the current share price and own a total of around 8 per cent of AIS Resources' total company shares.

Dennis Walsh has found a sparring partner in the Australian CEO of AIS Resources, Phil Thomas, who is his equal in technical terms. Phil is based in Melbourne and is also a geologist, but also a long-time entrepreneur/investment banker. He has insisted on carrying out special IP surveys on Yalgogrin (see Figure 1.) before drilling further. Walsh has not been able to completely fund this previously and refrained from doing so in the past. Phil's thesis that the IP data would illuminate the potential targets "like a Christmas tree" has come true. Never before has the target for drilling been so clearly marked. The normal signal for gold and sulphides is 5-7 ms/V and they have recorded up to 12ms/V. (ms/V, by the way, stands for milliseconds per volt and is a measure of the conductivity; ordinary country rocks usually have values of 2 ms/V). These geophysical results indicate a high probability of exceptional grades in the oxidised zone down to about 30m depth. 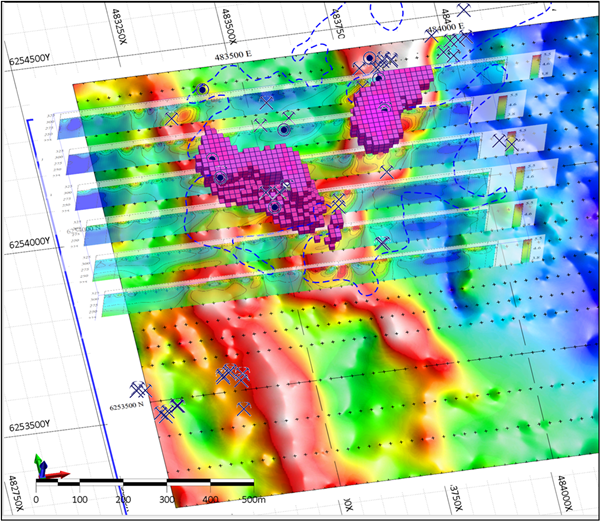 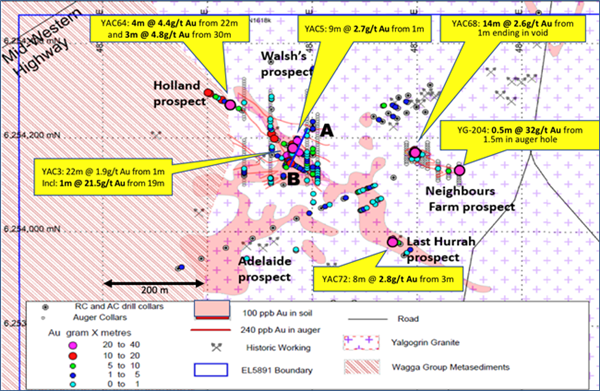 CEO Phil Thomas, who also serves as Qualified Person for AIS, and Denis Walsh Chief Geologist have combined the geophysical data with newly available 3D inversion evaluations to best prepare the planned drill holes. Among other things, the Neighbours Farm Prospect is to be drilled below a historic 32.2 g/t Au hole recorded just half a metre below surface. The main target is the oxidised zone to a depth of about 30 metres. However, AIS also plans to drill deeper into the underlying granites to target the sulphide zone.

A.I.S. Resources Limited is listed on the TSX Venture Exchange. However, the focus is on the exploration of gold projects in various parts of Australia. AIS has another high-potential asset in its portfolio with its Toolleen Gold project. The project is located just 10 kilometres east of Kirkland's Fosterville Mine. AIS Resources plans to start drilling there soon as well as soon as they complete a close matrix gravity survey. We will report on this in more detail in due course.

The company is led by a team of experienced geologists and investment bankers with a successful track record in the capital markets. In November 2020, AIS acquired a 60% interest in the 58 sq km Yalgogrin Gold Project in New South Wales with an option to go to 100%, as well as the right to acquire the 28 sq km Fosterville-Toolleen Gold Project, located 10 km from the Kirkland Lakes Fosterville Gold Mine. The third gold project is a 100% interest in the 167 sq km Kingston Gold Project in Victoria Australia near Stawell since January 2021. In addition, the company has acquired an option on a 596 sq km exploration licence in Western Victoria near Casterton, where gold and other minerals have already been discovered.

Risk notice: GOLDINVEST Consulting GmbH offers editors, agencies and companies the opportunity to publish commentaries, analyses and news on www.goldinvest.de. These contents serve exclusively to inform the readers and do not represent any kind of call to action, neither explicitly nor implicitly, and are not to be understood as an assurance of any price developments. Furthermore, they are in no way a substitute for individual expert investment advice; they are rather promotional / journalistic texts. Readers who make investment decisions or carry out transactions on the basis of the information provided here do so entirely at their own risk. The purchase of securities involves high risks which can lead to the total loss of the capital invested. GOLDINVEST Consulting GmbH and its authors expressly exclude any liability for pecuniary loss or the content guarantee for topicality, correctness, adequacy and completeness of the articles offered here. Please also note our terms of use.

In accordance with §34b WpHG (Securities Trading Act) and Paragraph 48f (5) BörseG (Austrian Stock Exchange Act), we would like to point out that clients, partners, authors or employees of GOLDINVEST Consulting GmbH may hold shares in A.I.S. Resources Limited and that a conflict of interest may therefore exist. Furthermore, we cannot exclude that other stock exchange letters, media or research firms discuss the stocks recommended by us during the same period. Therefore, symmetrical information and opinion generation may occur during this period. Furthermore, a consultancy or other service contract exists between GOLDINVEST Consulting GmbH and a third party that is in the issuer's camp (A.I.S. Resources Limited), which means that a conflict of interest exists. This third party may also hold, sell or buy shares of the issuer and would thus benefit from an increase in the price of A.I.S. Resources Limited's shares. GOLDINVEST Consulting is remunerated by this third party for writing articles on A.I.S. Resources Limited, which constitutes another conflict of interest.